You already know about the Department of Veterans Affairs’ cruel and wasteful experiments on dogs. With your help, we’ve made historic steps toward defunding and defeating it. We also worked with Congress last year to secure a phase-out of the VA’s testing on cats and primates by 2025.

As reported by Military.com, The Sun, and others, a new White Coat Waste Project investigation reveals why our efforts to defeat and defund the VA’s cat labs are so urgent.

Documents we obtained—including shocking never-before-seen photos and videos—through the Freedom of Information Act show that since at least 2015, the Cleveland VA has wasted over $3 million of your tax money on projects that involve torturing cats as young as 6 months old in disturbing constipation and incontinence experiments. 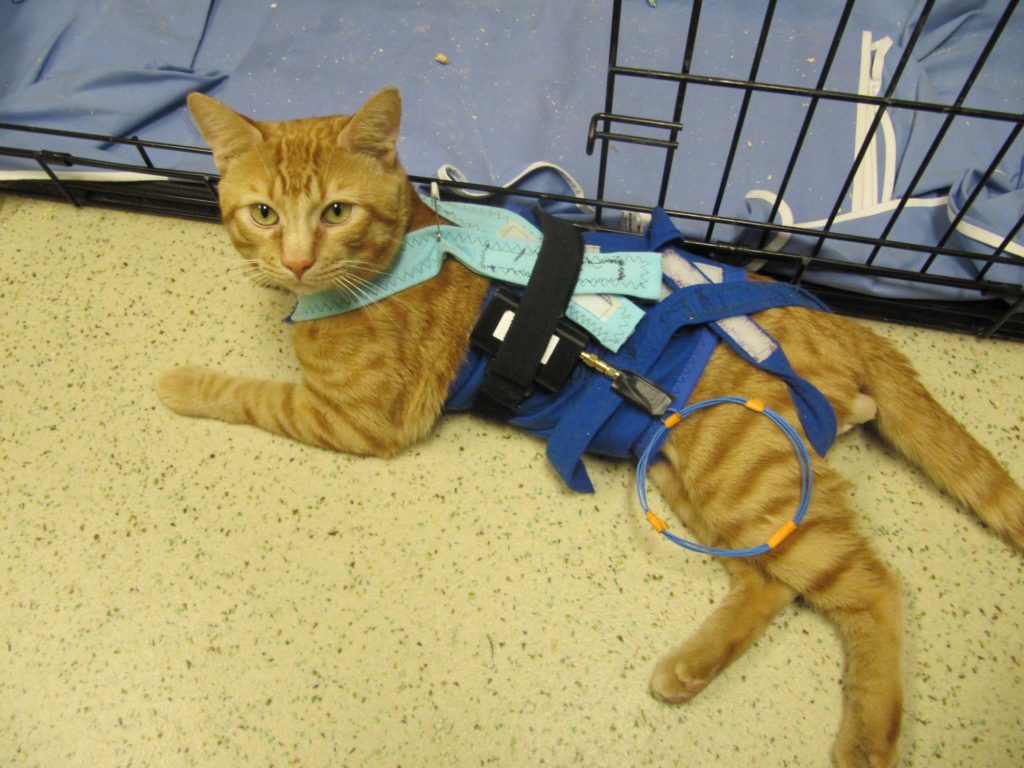 Photos and other records obtained by WCW show Copper the cat was killed on October 21, 2019. He was experimented on in a taxpayer-funded lab at the Cleveland VA.

The VA purchases healthy cats, performs invasive surgeries to implant electrodes to remotely stimulate their bladders or colons, severs some of the cats’ spinal cords, and then kills and dissects them. 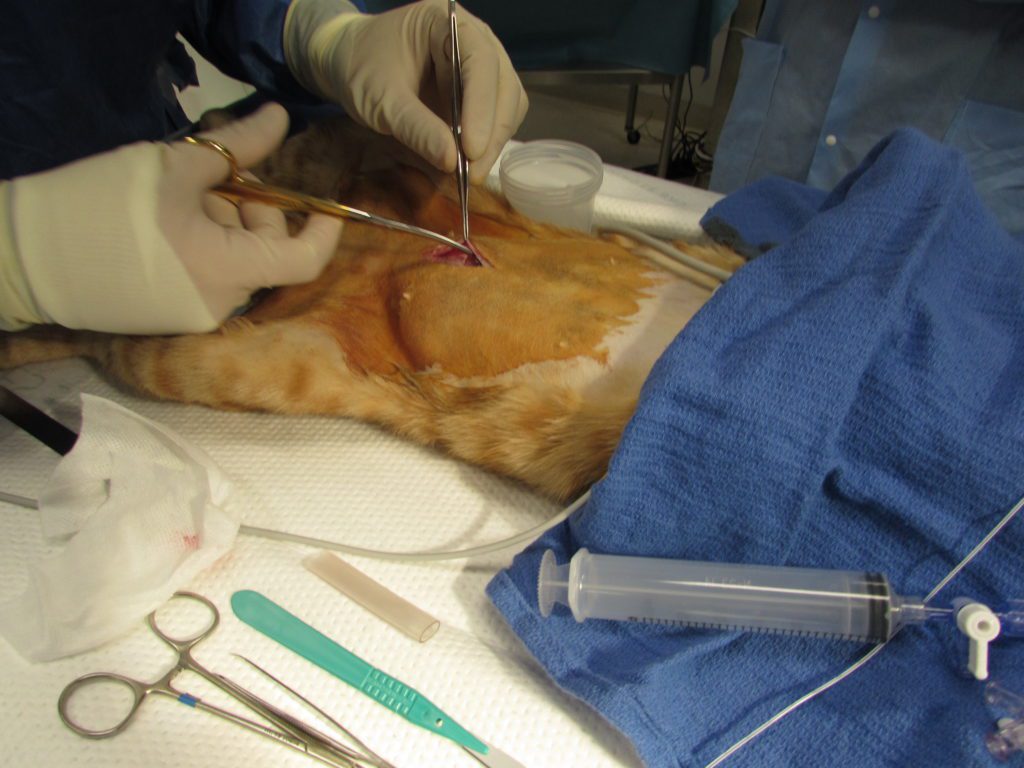 The Cleveland VA implants electrodes into healthy cats so their bladders and colons can be remotely stimulated. Some of the cats’ spinal cords are also severed.

Some of the cats have artificial stool made from “bran, potato flour and saline” inserted into their anuses for the experiments. Records show the experimental procedures caused cats distress, seizures, bloody urine, and even depression. 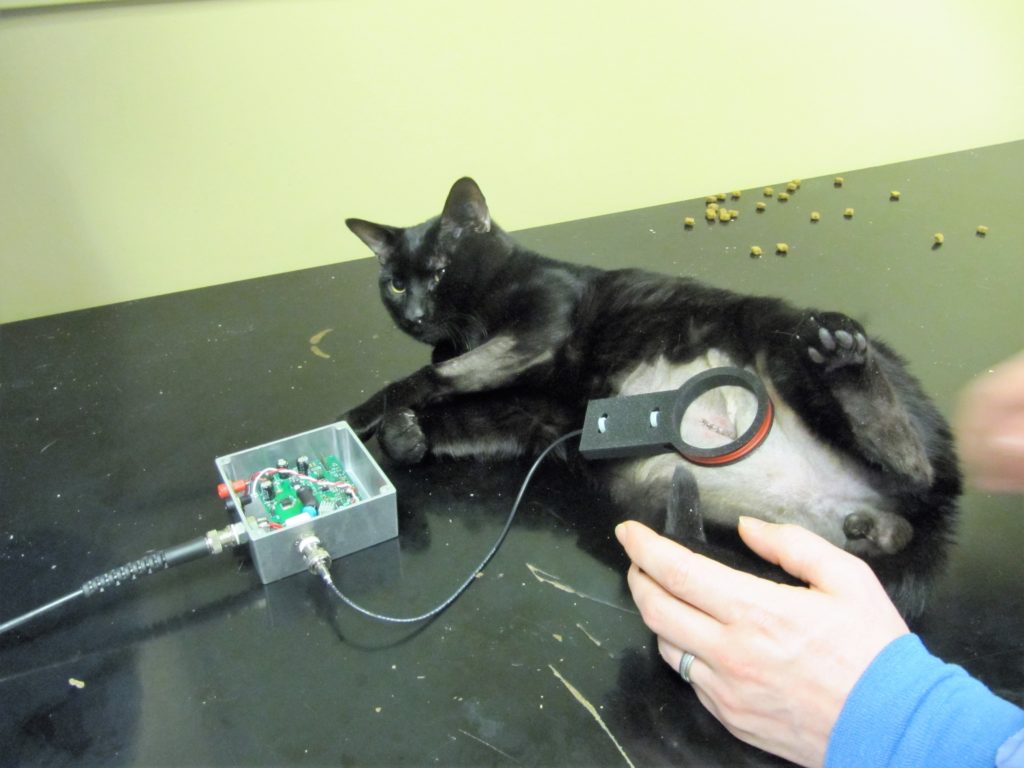 Records show Odie the cat was killed on May 7, 2019. He was experimented on at the Cleveland VA.

The VA plans to kill 35 cats in these bizarre and wasteful experiments. Invoices we obtained show that the VA buys a batch of cats each August and September, meaning that the next delivery is coming up soon.

WCW already defunded the VA’s dog tests, and knocked out the USDA’s kitten slaughterhouse lab—which was the largest cat abusing lab in the entire federal government.

With your help, we’ll knock this one out next. We are 2 million members strong, and we get results.

Please take a moment to write and urge Congress to de-fund VA’s cat labs and make the VA adopt out the survivors!

Absolutely unnecessary, barbaric, cruel torture. This needs to be stopped immediately. Cats feel, have emotions, thoughts, empathy, and beautiful souls. Also, this is nothing knowledge wise that can’t be surmised another modern way without animals. Period. Stop torturing and killing these innocent souls.

how do you help

Please I need to know what are you doing for these poor cats, I have heard about the dogs and have donated , I need to know is anything being done about these poor cats????? I do not see anywhere to donate for them, I love all animals , are they being helped??? please someone get back to me. I looked at these pictures , I can’t look anymore
I won’t be able to sleep, I am crying , it is unfair. I see a woman’s hand , how can she have the audacity to even do this and kill a innocent cat, .. what kind of a person does this??????

Please stop experimenting on cats! Please stop the horrible abuse! It is heartbreaking and gut wrenching what you are doing to these awesome animals! They are meant to be pets, members of loving families! Humans are supposed to be caring stewards of animals. Please stop this!!!

Experimenting on animals is outdated, expensive, unreliable when applied to humans & inhumane! I don’t want my taxes spent on useless painful testing done on animals!

The US House Committee on Veterans Affairs – Oversight & Investigations Subcommittee contact submission form appears to be non-functioning for the past week (4th week of July). The US Senate Committee on Veterans Affairs does have working contact submission forms – but no confirmation of submissions. I would think the US House Oversight Subcommittee would be more responsive & timely to exposed waste & fraud public submissions.

STOP THIS ALREADY leave this innocent cats alone , It is cruel , It is sick, and it is against God, this will all come back to you in due time, hurting this poor helpless cats, you have no heart and when you meet your maker, that is when all this will come back to you, hurting and torturing these poor babies is senseless and there is a price to pay for your cruelness. Love conquers EVIL, I pray this all will come to a end, and these cats will live their lives without pain , just like you live your lives, They feel pain, they hurt , they cry, Please leave them alone. Jesus is watching

What kind of humans torture animals? This must stop.

They truly deserve the death penalty for this evil!

Are we losing our conscience of being human and the human responsibility of being caregivers of others and nature. We are losing our conscience to the contagious dark side of money. I continue to be mortified with money knowingly being doled out for torture. These animals were abandoned which is irresponsibility. At fault here are layers of enterprise. Whoever is selling these animals for harm should be prosecuted. Legislators are approving money for inhumane purposes. Who with a hint of conscience would even dream up such abuse. These are not medical people for medical professionals are driven by care and results that come from appropriate care. Absence of conscience and goodwill sums up these researchers and it has been going on for years! The free flowing money stream needs to be plugged. Constipation and incontinance, animals tortured to find out why? There is a readily available answer to those ailments, ingesting harmful substances and poor health choices by two legged creatures.. Licenses for these researchers and medical practicioners need to be revoked.

Stop torturing innocent animals. I demand that my tax money not be used for that at the VA!

Can the people trying to make this world an uglier, evil, and dark place for the poor animals please just stop it!!!!!!!!!!!

This is absolutely horrific, barbaric, and unnecessary. I have worked at multiple cat rescues and veterinary clinics in surgery and now have my medical license for Vascular medicine in humans, so I have a unique perspective of working in both animal and human medical fields. This is an outdated practice, a waste of taxpayer dollars, and a stomach churning horror to watch. Stop the research immediately! How you all sleep at night is beyond me. You are not helping veterans, you are torturing animals. Don’t try to justify your actions because they are unjustifiable. It just makes me sick. . . These poor defenseless animals. . .it just breaks my heart