🔥  LOOK WE DID IT AGAIN: The Biden Administration says it won’t be funding the Wuhan animal lab, following WCW’s campaign. 🔥

This incredible development comes not two weeks after our viral exposé first revealed that this lab was still eligible to receive taxpayer dollars from the NIH.

As reported by the Daily Caller:

While WIV continues to be eligible to receive taxpayer funding to engage in animal research through 2024, White House press secretary Jen Psaki said during a press conference Tuesday that the lab is not currently receiving any taxpayer funds, nor are there any future plans to route funds to the lab.

Just before today’s HUGE announcement, we rallied 28 members of Congress to dispatch this letter demanding an investigation into the NIH’s funding relationship with the Wuhan animal lab.

And now here we are, celebrating this amazing win to save lives and cut government waste!

But wait… hang on… we’re getting the strangest sense of déjà vu.

Here’s the thing. We’ve done this before.

It was not quite a year ago that WCW launched a blockbuster investigation in which we first exposed taxpayer-funding of cruel and extremely dangerous animal experiments that may have caused the pandemic.

Days later, we got then-President Trump to officially cut WIV’s active funding… but it remained eligible for future funding from U.S. taxpayers, thanks to the “Wuhan loophole.”

President Biden’s decision not to fund the Wuhan animal lab is another great step. Now let’s stop this dangerous misuse of taxpayer dollars for good.

Let’s make the defunding permanent by revoking the Wuhan animal lab’s eligibility for payouts, AND the 26 other animal labs in China that have access to your money. 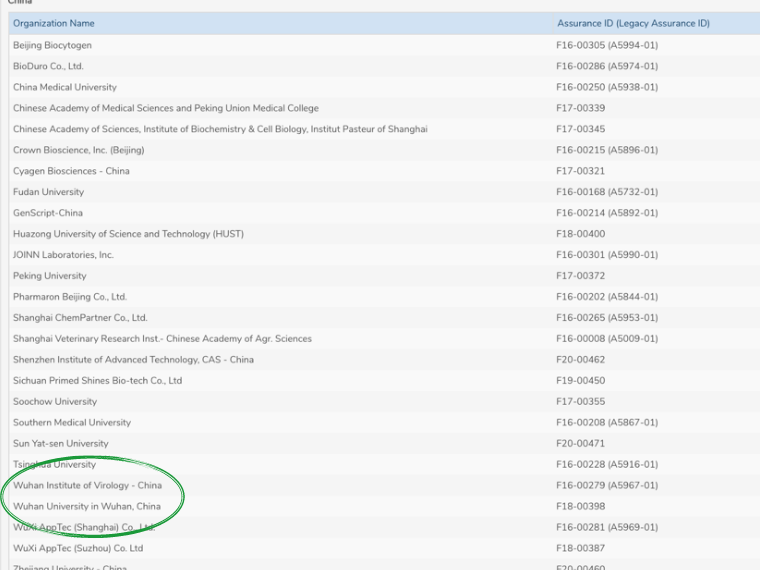 The NIH authorized all these labs in China and other countries to receive your tax money. You can find the whole list of authorized foreign labs on the NIH website.

Let’s close the Wuhan loophole, and close it tight. We can’t risk any more leaks.

Please help by signing our petition, telling the government to permanently STOP shipping your tax dollars to the Wuhan animal lab for wasteful, cruel, and dangerous animal experiments!

Well past time to end what should have never started