On December 16, Team WCW joined Congresswoman Nancy Mace (R-SC) on a trip to Morgan Island. The small island off the South Carolina coast is home to America’s largest free-range colony of rhesus macaques and has been nicknamed “Monkey Island” by locals.

Or, as Dr. Fauci might call it, the ‘all-you-can-experiment buffet.’

If you haven’t read our recent exposé on the taxpayer-funded ‘Monkey Island,’ of the 3500 primates that live on Morgan Island — all of whom are owned by Fauci’s division at the National Institutes of Health — hundreds are captured every year, then sent to Fauci’s labs where they are subjected to some of the government’s cruelest and most painful experiments. Primates from Morgan Island have been infected with Ebola, MERS, and other debilitating diseases. When the testing concludes, the monkeys are killed — even the healthy ones. Taxpayers are forced to pay about $3.5 million annually to maintain the island colony, and even more to experiment on the monkeys.

We approached the island via boat, along with a bevy of reporters: 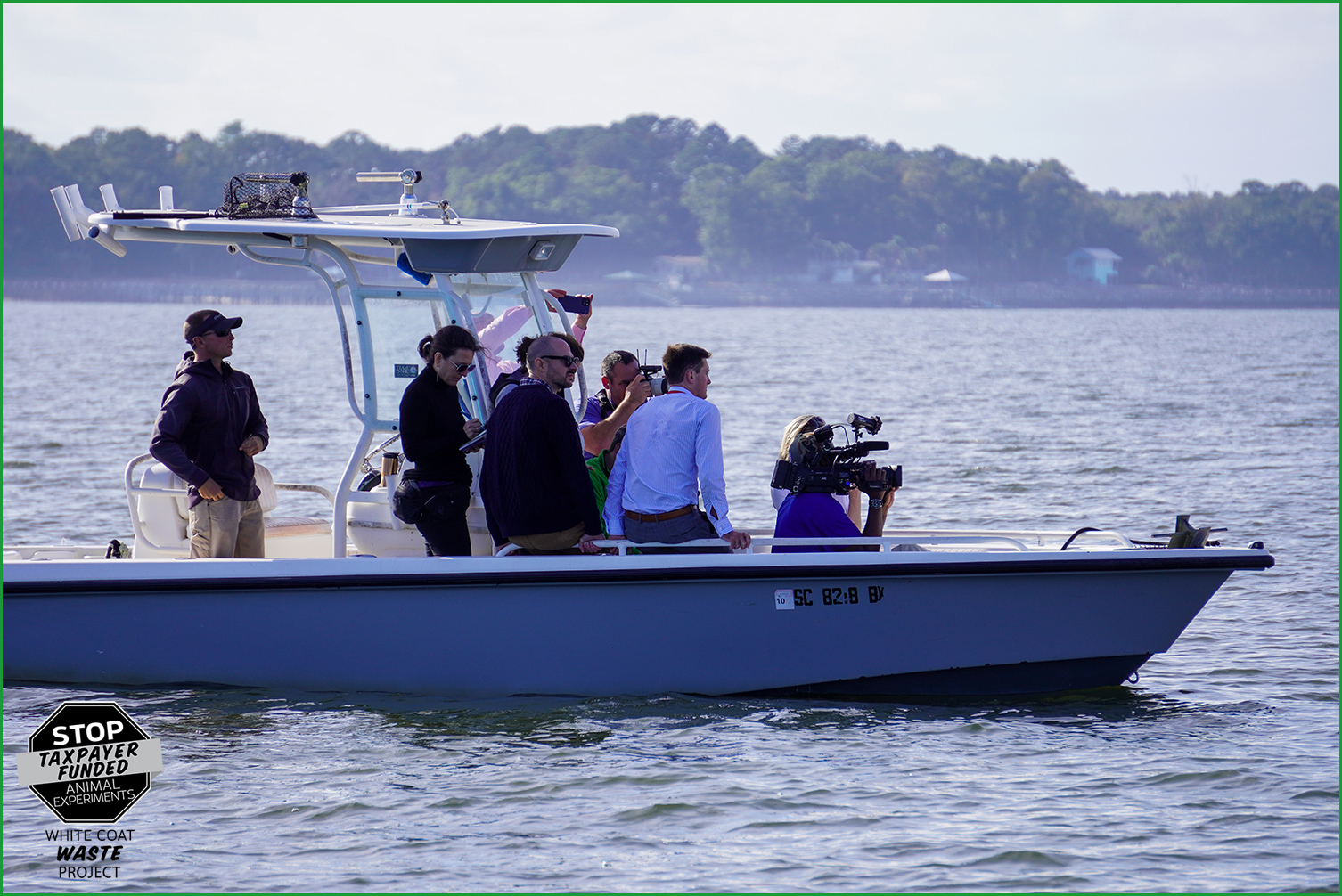 Unauthorized visitors are strictly forbidden from stepping foot on monkey island, but we got as close to shore as we could. Humans were spotted on the island apparently trying to scare monkeys away from the shore to prevent them from being seen by Rep. Mace, WCW and the media.

Congresswoman Mace — whose Congressional district includes Monkey Island — and WCW Vice President Justin Goodman were able to talk a little bit of shop and educate reporters, and discussed Rep. Mace’s letter to Dr. Fauci expressing concerns about the fate of the primates on Morgan Island (to which he still hasn’t replied).

Seeing Morgan Island up close and in the flesh was eye-opening and reinforced why the primates here should be left alone.

We are grateful to Congresswoman Mace for taking WCW team members to Morgan Island, and, of course, for her strong leadership to end wasteful and cruel experimentation on its simian residents. 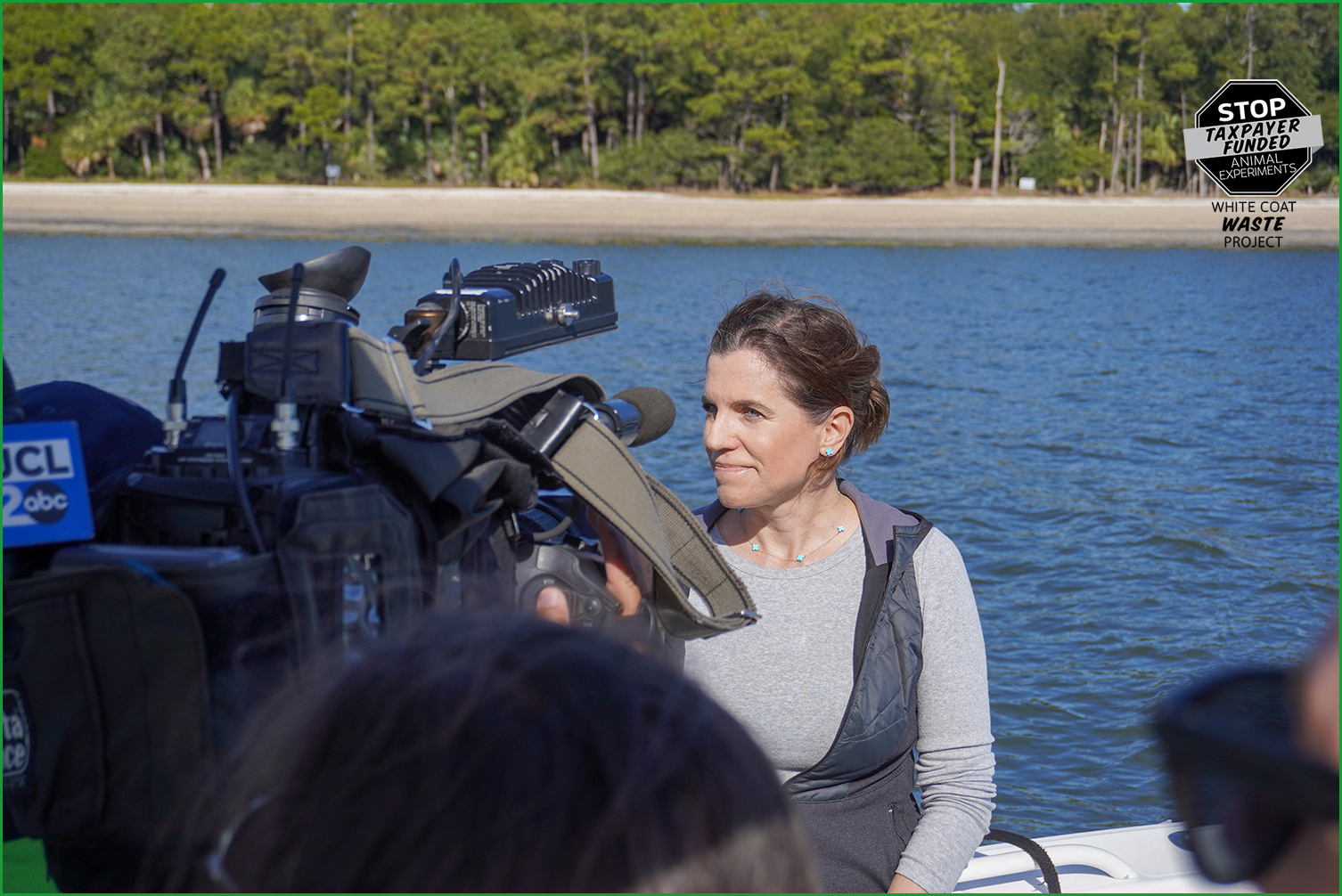 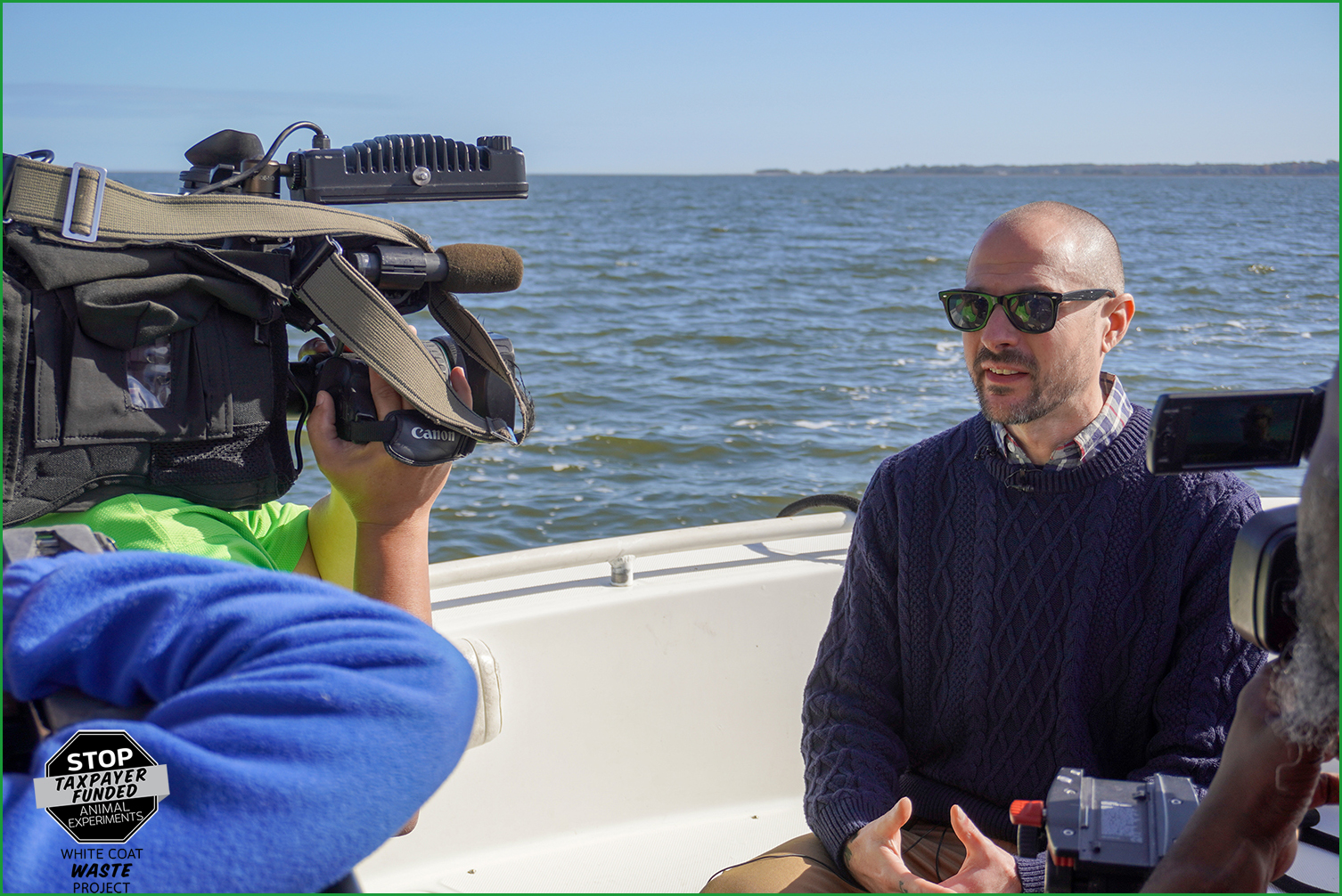 Today, I took a trip to Morgan Island with @whitecoatwaste to learn more about what’s really going on at ‘Monkey Island.’ As we recently learned — gruesome, taxpayer-funded studies on these monkeys are happening from our own backyard. It needs to stop. Now. 🛑 🙊 #MonkeyIsland pic.twitter.com/g4nBByHakn

TODAY: Congresswoman Nancy Mace will make a visit to Morgan Island, or “Monkey Island,” today as part of an investigation into alleged animal testing and abuse. https://t.co/9WOv07e21i

The federal government uses the colony, which has existed since 1979, as a source for federal laboratories https://t.co/TBWGc33w3k

Huge kudos to @RepNancyMace for her serious work in highlighting the morally atrocious experiments on animals funded by the US Government. She’s criticizing Fauci but that’s not the cynical aim. She’s doing real work to end this vile animal torture: https://t.co/RQTonmTnhX

Morgan Island, also known as Monkey Island, is well-known in the Lowcountry for its colony of 3,500 rhesus monkey inhabitants. https://t.co/MZtt8cz62r

“To be honest, Republicans haven’t led on animal rights issues, and here’s a chance to do so” – Congresswoman Nancy Mace. #AnimalRights pic.twitter.com/uGzCTueIPn

Stop using Innocent animals you pieces of shit! I hope you burn in hell!