BAD:
White Coat Waste Project (WCW) recently revealed that the Centers for Disease Control and Prevention (CDC) was starting to conduct painful experiments on cats again, after years of not doing so.

WORSE:
Adding further insult to injury, the CDC has NOT joined other federal agencies by implementing a retirement policy, allowing animals to be adopted out (or sent to sanctuaries) when taxpayer-funded experiments end. Even though taxpayers paid for the animals, white coats at the CDC consistently refuse to #GiveThemBack.

Turns out, however, that taxpayers aren’t particularly fond of this arrangement. According to a June 2022 poll conducted by Lincoln Park Strategies, a staggering 70% of taxpayers — including 69% of Republicans, 66% of Independents, and 78% of Democrats — supported the creation of a retirement policy for CDC lab animals. 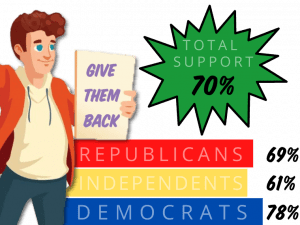 We can’t say we’re surprised. Other polls have shown similar levels of support for adoption policies at the EPA and the U.S. Department of Agriculture.

We can’t poll them, but we suspect one other group really supports retirement policies, too: the animals. 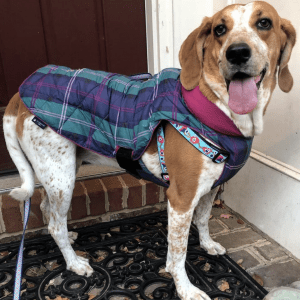 She grew up in the basement of a lab, and spent her days in a cage.

Now she is a happy dog with a loving family — and just celebrated her birthday!

She is also the namesake of important, animal-sparing (and taxpayer-respecting!) legislation. Violet’s Law, also known as the AFTER Act, would require all federal departments and agencies that conduct experiments on animals to develop a retirement policy…including agencies that have dragged their feet, like the CDC.

This bipartisan, bicameral bill — which WCW is proud to support — has been introduced in the Senate by Sen. Gary Peters (D-MI) and Sen. Susan Collins (R-ME), and in the House by Rep. Brendan Boyle (D-PA) and Rep. Nancy Mace (R-SC).

Its supporters span the political spectrum, from the Freedom Caucus to The Squad. If your Representative or Senator hasn’t signed on yet, now is an awesome time to take action! Contact Congress, and tell them to pass Violet’s Law today!