As the old saying goes: The more things change, the more they stay the same.

From the Wuhan Lab to #BeagleGate to Monkey Island, we’ve exposed how Anthony Fauci has wasted billions of tax dollars annually to bankroll, promote and even personally conduct some of the most dangerous and despicable animal experiments in history.

In September, when Fauci announced he was leaving his post as head of the National Institutes of Allergy and Infectious Diseases (NIAID), we fired off a letter to the White House urging it to name a replacement who would stop wasting our hard-earned money on animal experiments.

Last week, we first broke the news that instead, the National Institute of Health (NIH) picked Fauci’s mini-me, Hugh Auchincloss, as his interim replacement. This is bad news for animals and taxpayers. 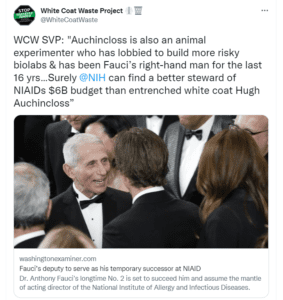 Auchincloss has been Fauci’s right-hand man at NIAID for the last 16 years.

Like Fauci, Hugh Auchincloss also has a long history of personal involvement in animal testing, including invasive and deadly organ transplant experiments on genetically-engineered mice. 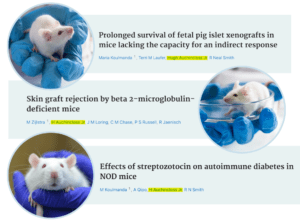 Like Fauci, Auchincloss has lobbied Congress for more funding to build more risky biolabs for dangerous virus experiments on animals. 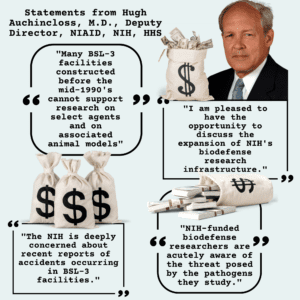 Emails released via FOIA show that as early as Feb. 1, 2020, Auchincloss and Fauci discussed concerns that the gain-of-function animal experiments they funded in Wuhan may have caused a lab leak. Then a cover-up ensued. 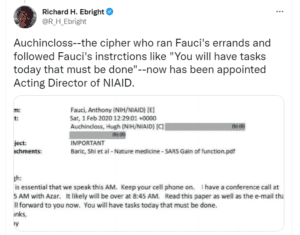 In a recent deposition, Fauci blamed Auchincloss for greenlighting dangerous coronavirus gain-of-function experiments on humanized mice when a federal GOF funding ban was in place. 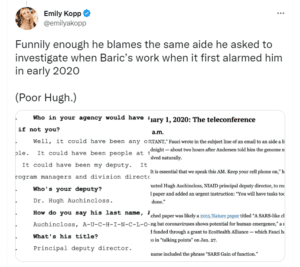 Taxpayers are fed up with NIAID and we’re proud to be working with Democrats and Republicans in Congress to defund its wasteful animal experiments: