Should the VA should be able to purchase, torture, kill, and de-brain kittens using your money in a secretive government lab, while hiding the details… in violation of federal law?

Well they think they so. But we say HECK NO!

Taxpayers have a right to know who’s paying the bills… and who’s cashing the checks.

WCW just filed a federal lawsuit against the Dept. of Veterans Affairs, demanding public records about taxpayer-funded kitten experiments we uncovered in a brand-new investigation. 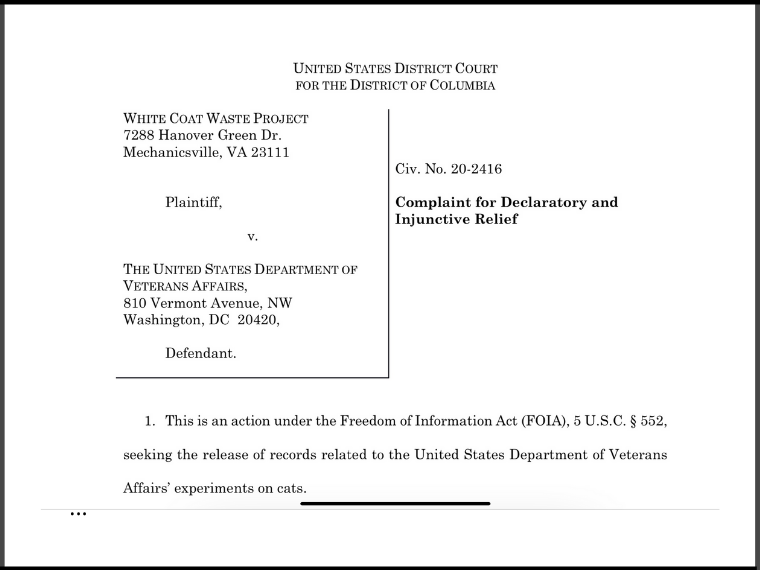 We filed our FOIA lawsuit against the Los Angeles VA on August 31, 2020, in the United States District Court for the District of Columbia.

You already know about the Cleveland VA’s $3.4 million kitten constipation and crippling experiments.

Well, now it turns out the Los Angeles VA has been getting in on the government gravy train too, wasting nearly $5 million (!) to buy live kittens, implant electrodes in their skulls, kill them and cut out their brains for disturbing sleep experiments. Congress criticized these “painful and outdated” LA VA cat tests in a recent letter to the VA citing WCW’s exposé.

So we sent a Freedom of Information Act request for documents, records, photos, and videos, all of which the VA is legally obligated to provide.

When the VA stonewalled and failed to provide any documents after 8 months, we filed suit.

The VA's continued use of taxpayer dollars to conduct painful and invasive experiments on cats is unacceptable. These tests are unnecessary, and they must come to an end!https://t.co/Pn9XmgFfKg

Our promise is this: We’ve already stopped the LA VA’s horrific dog experiments, and we’re not going to let them get away with keeping you in the dark about how your money is still being wasted to abuse cats. 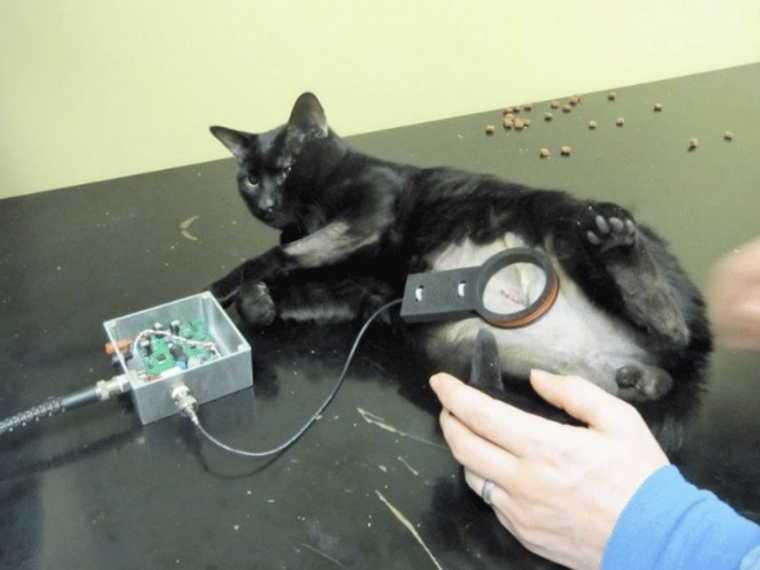 Records obtained by WCW investigators show this cat, Odie, was killed on May 7, 2019. He was experimented on and killed by government white coats at the Cleveland VA. We filed this new lawsuit when the VA failed to turn over records about taxpayer-funded experiments performed on cats at another lab inside the Los Angeles VA.

1.) First we FIND the waste by following the money, filing FOIAs, and recruiting whistleblowers.

2.) Then we EXPOSE the waste by telling our 2 million supporters and the media, what we’ve found.

3.) Finally, we DEFUND that waste… by uniting Republicans and Democrats on Capitol Hill to send these barbaric experiments to the litter box of history!

Join the fight: please take a moment to write and urge Congress to de-fund VA’s kitten labs and adopt out the survivors!

Defund the VA and all laboratories performing cruel experiments on animals. As long as funding is provided, barbarians will come up with new experiments to get their hands on the money. Make cruelty to animals a felony under all circumstances.

Studies can and should be dine in a humane way!!! Stop this wasteful torture spending for spending sake!!!

I am so disgussed by mankinds actions that I care less for mankind and more for innocent animals. I used to be a health care worker and think that was a mistake. Sad sick humans destroy everything.

OUR CORRUPT GOVERNMENT SPENDS TRILLIONS ON ALL TYPES OF VARIOUS SUSPICIOUS “PROGRAMS” THAT THEY WON’T LET TAXPAYERS KNOW ABOUT. IT’S TIME TO CHANGE THAT AND MAKE THEM ANSWER FOR *ALL* THEIR ATROCITIES!! ESPECIALLY THOSE DONE TO POOR, HELPLESS ANIMALS IN THE NAME OF SO-CALLED “SCIENCE.” DEFUND THEM NOW, AND
BRING THE EVIDENCE OUT IN PUBLIC!!! 😡
THE ANIMALS HAVE NO *VOICE* EXCEPT FROM THOSE THAT CARE.

Stop these ridiculous and brutal experiments.

There seems to be a complete lack of diverse viewpoints in all stages of the research system. Peer review does not appear to function in improving science if they continue to embrace fallacies of tradition in animal based research. This reinforces the need for outside public transparency to shake the profession out of its infallibility trance.

That includes the mandatory use of animals by the FDA in developing medications that never even apply to humans.

I live in los angeles, can’t we go there and protest?

Some good guidance within your article I will put to use
in my future plans. Thanks for spending some time to post this,
I know it can help a great many others as it
has helped myself. 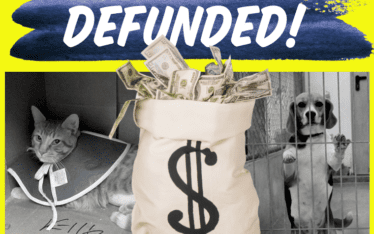 The Tale of Two Lab Kittens: The One We Saved, the One We Didn’t, and Why It’s Historic
The U.S. government is spending millions of taxpayer dollars on #cat experiments. Will we ever close this chapter of American history? In the next #SentientToday newsletter, we’ll explore the...
59 Likes15 Comment(s)