The Tale of Two Lab Kittens: The One We Saved, the One We Didn’t, and Why It’s Historic

The U.S. government is spending millions of taxpayer dollars on #cat experiments. Will we ever close this chapter of American history?

In the next #SentientToday newsletter, we’ll explore the experiences of two lab cats—Petite and Sif. Sign up here: https://t.co/V094GRdgUg pic.twitter.com/AprB90Bi9W

This op-ed was originally published by Sentient Media on May 13, 2021.

This is a tale of two cats, Petite and Sif.

As kittens, they were sold by the same “kitten mill” to the United States government to be abused then killed in painful taxpayer-funded experiments.

However, the two kittens’ stories diverge from there. 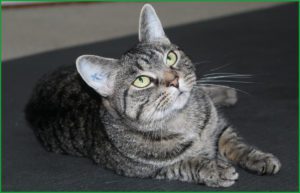 The One We Saved.
Petite’s story is the pure distillation of something we call: FOIA to freedom.

We started with a Freedom of Information Act (FOIA) investigation into Petite’s secret government laboratory.

Petite was sold to USDA’s Kitten Slaughterhouse in 2016 by a company called Liberty Research that supplies animals to government labs. She was just over a year old. 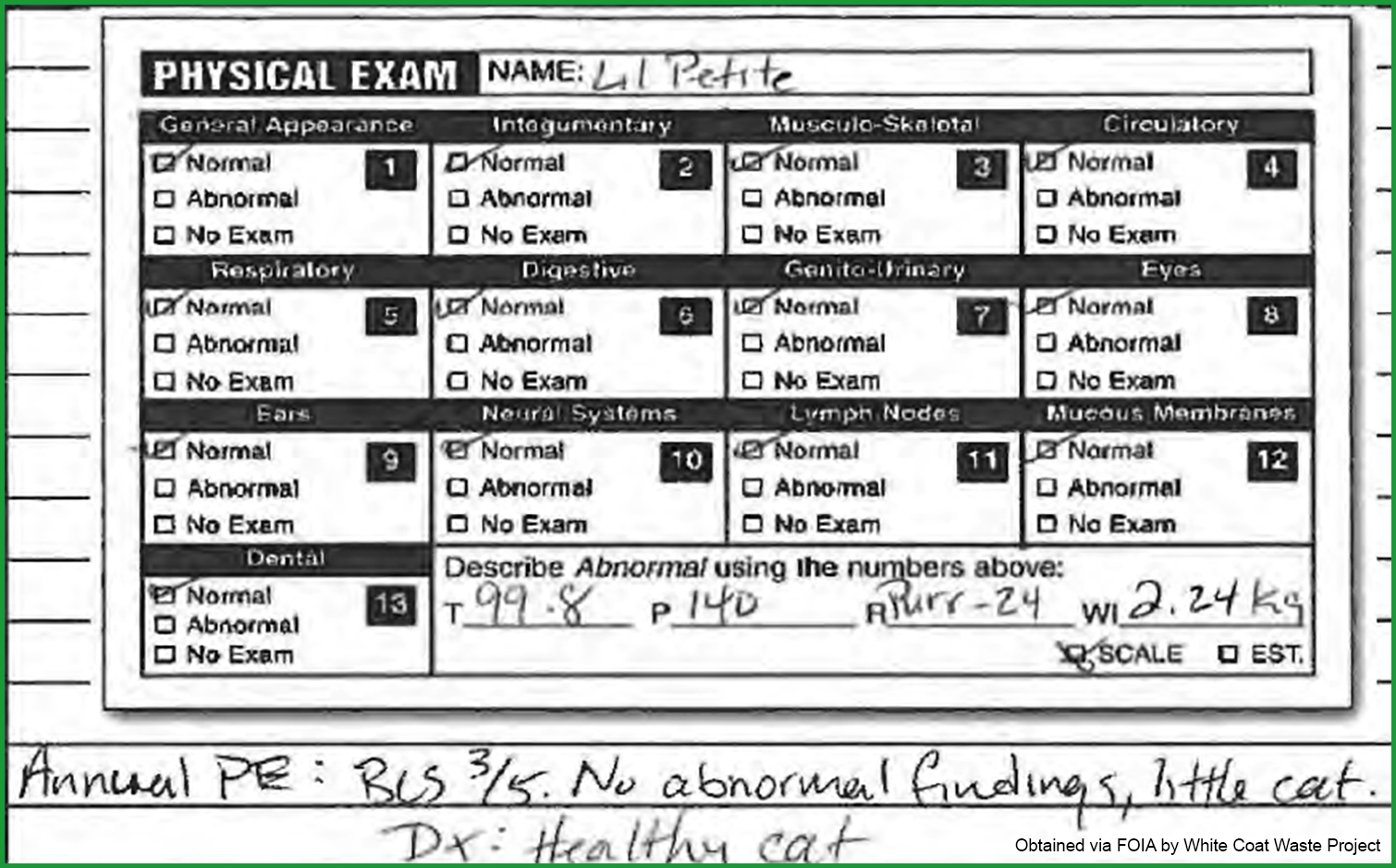 The government noted that she was a “little cat.” So it gave her the name Lil Petite. 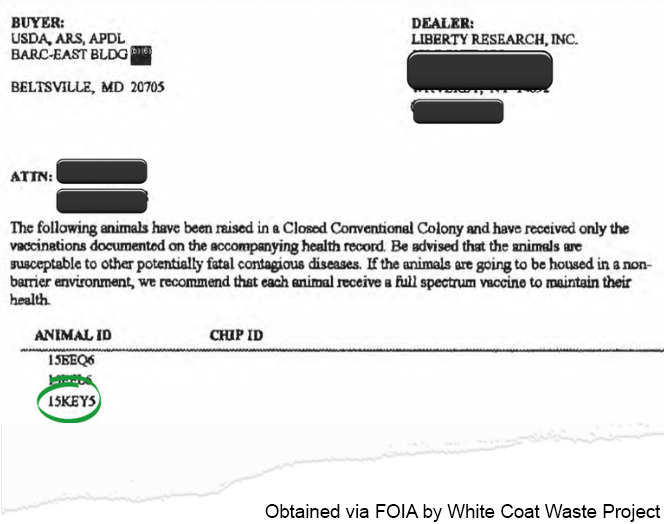 The feds turned Petite into a breeder— an incubator for more lab specimens.

For nearly half a century, the USDA slaughtered and incinerated 3,000 of these healthy and adoptable kittens in toxoplasmosis experiments.

Nobody knew about it. Not even Congress.

The USDA also purchased cat and dog meat from China’s live animal markets and fed it to Petite’s kittens in cannibalism experiments. It wasted over $22 million taxpayer dollars.

Think about that for a minute: dog and cat meat markets abroad. Taxpayer-funded animal experimentation at home… and you were the customer!

We exposed the USDA’s receipts to the international media. Then we united 3 million liberty lovers and animal lovers and rallied “Waste Warriors” in Congress to close Petite’s lab and retire the survivors.

From FOIA to freedom, it took about a year to defund and defeat the largest cat lab in the entire federal government. 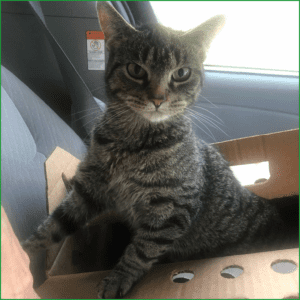 FOIA TO FREEDOM: Petite, on the ride home, the day we rescued her from USDA’s Kitten Slaughterhouse.

The One We Didn’t.
Sif was also bred by Liberty Research but sold to a different government lab on May 8, 2018. She, too, was just past her first birthday. 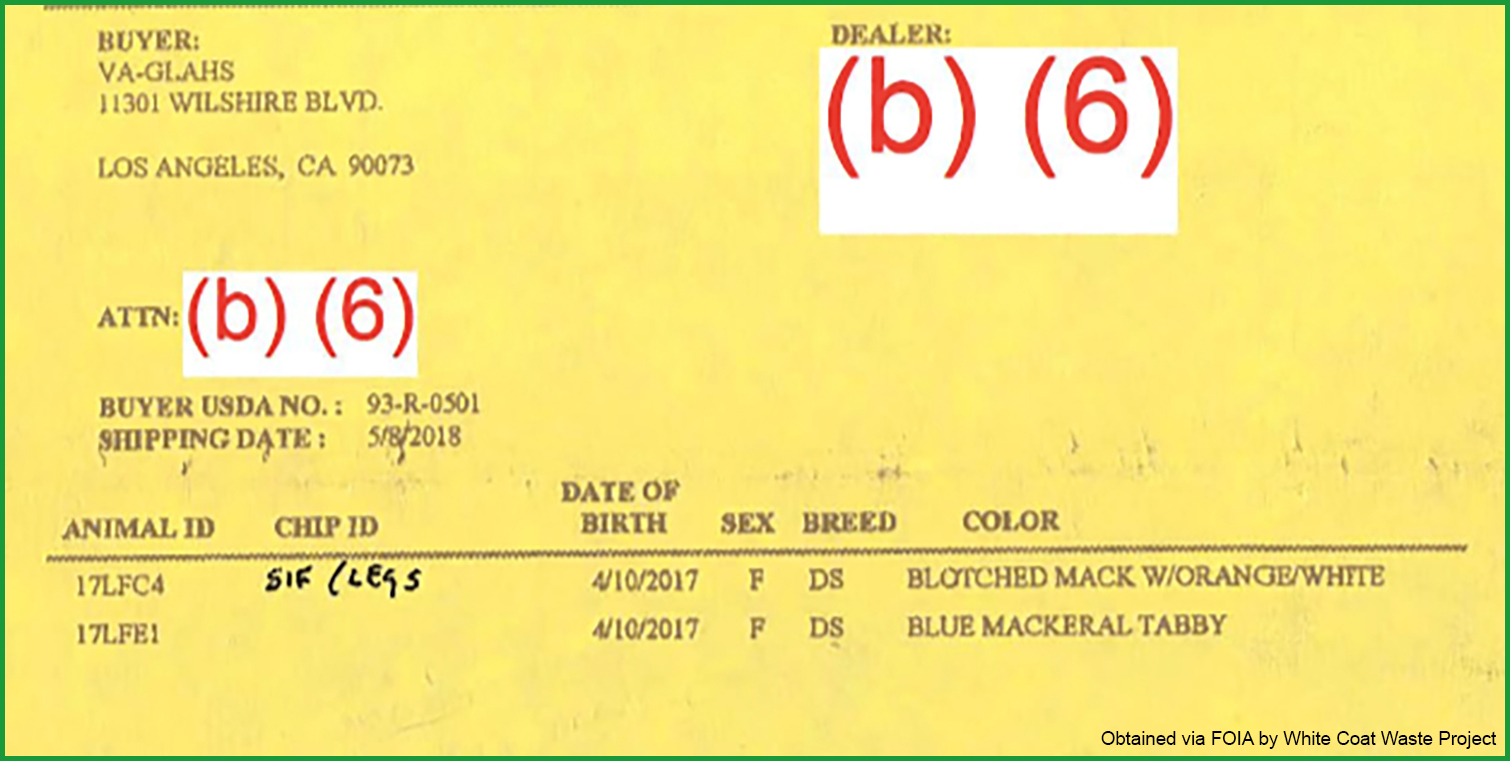 Sif was bought by the Los Angeles VA Medical Center—one of three taxpayer-funded kitten labs the VA has been operating, alongside labs in Cleveland and Louisville.

Live cats had holes drilled in their skulls. The victims were suffocated, their oxygen cut off as part of ongoing sleep experiments.

Electrodes were implanted into their brains. Some had electrodes implanted in their tongues and chins, as well, and had “head caps” cemented to their fractured skulls.

Once deemed no longer useful, blood was drained from their bodies. Then their brains were removed for dissection.

The grants funding VA’s cat experiments, in total, have cost taxpayers over $10 million. 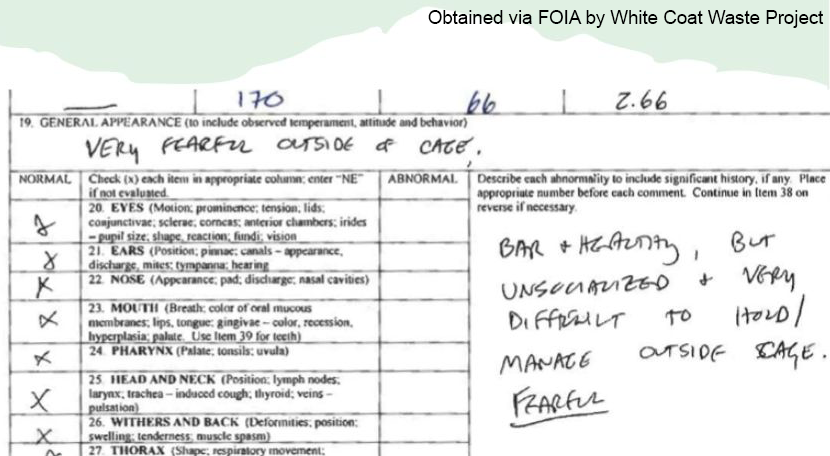 The VA didn’t want you to know the details of what they did to Sif.

We had to sue to get her records.

In March 2021, a brave whistleblower came forward and exposed how the VA had killed Sif and every other kitten.

Why It’s Historic.
Just days after our lawsuit, and following advocacy from world-famous Kitten Lady, CBS News confirmed we ended all cat experiments at the Los Angeles VA.

One down, two to go. And with the closure of USDA’s Kitten Slaughterhouse, the VA now operates the U.S. government’s last major kitten labs.

That’s why 30 Democrats and Republicans in Congress are reaching across party lines to pass the CATS Act. 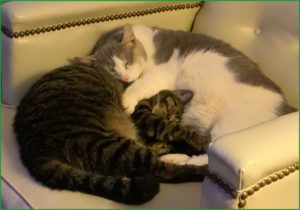 LAB CAT TO LAP CAT: Petite and Delilah in their post-government lab home.

Petite now lives in a loving home, probably a lot like yours. Her favorite activities include snuggling, head bonks, and making biscuits. She’s gone from lab cat to lap cat! I know how much Petite loves her new life because I actually adopted her.

Petite and Delilah, another Kitten Slaughterhouse survivor, live with me and my significant other. So this tale of two cats is very personal to me.

But it’s personal for you too. You are still paying the government to abuse kittens.

When the money stops, the killing stops. With your help, we’ll close this shameful chapter in American history… and dump wasteful government cat experiments into the litter box of history.

Anthony Bellotti is the president and founder of White Coat Waste Project, a 3-million-member watchdog group that works to find, expose and defund $20 billion in wasteful taxpayer-funded animal experiments. 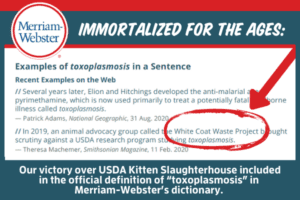 This animal abuse is driven by money and greed. I resent the fact that I am forced to finance this useless abuse of animals.

This is so sick. It’s time for our government to move out of the dark ages

I pray for the cats, and all the animals that they torture in these experiments. But I also pray for you. I don’t see how you can deal with this everyday. It would break me. May God richly bless you. 🙏

I hate that I’m forced to pay taxes and have no say where my money is spent. This is so cruel. These experiments are pointless and barbaric.

This is a very cruel thing to do to any living creature. These poor animals should NOT have to endure this torture. Animals should not be used for experiments period.

Serious?? It’s like a camp concentration for cats. Cats DID NOT ask all for this abuse!! 😡😠

I am embarrassed that in this day and age the treatment of animals is still barbaric as the dark ages ! There is no reason to use animals for testing anything!! Breeding kittens and puppies to be used like this is inherently barbaric!! No animal deserves to be treated in this manner. Would you be willing to take such liberties if they were your children ? I’m sure you would not want anything to do with it! Animals have feelings and needs as well !! They don’t deserve to suffer for any reason !!

Dear God please stop this horror. I think the people that are doing this to the animals needs to have it done to them!!! SUCH SHAME ON TTHE HUMAN RACE.

This is Pure Evil !!!! My heart is broken over this cause this is Pure Evil and who is doing this and all involved your day is coming and you will Reap the same treatment that’s in the Bible and in the worlds thinking what goes around comes around !!! The people who’s doing this is Heartless and they need to be experimented the same way on their brain the same way !!!!!!!💔💔💔 Prayers for this to End Immediately !!!! I love animals and cats are very precious too me !!!!